Everyone’s talking about Drones, come and find what the fuss is about!

Bring your business card to enter this quarter’s free raffle for a one-year’s subscription to Adobe Creative Cloud. Matthew will bring along his filming drone so you can get close up and see what it is all about. He will explain what is involved in setting up and running the business from a legal perspective, how to operate drones legally and demonstrate some of their more recent short films. Hollywood Drones is an aerial filming company based in Oxford. Fully licensed by the Civil Aviation Authority they film up to Ultra 4K using the same equipment as used by major broadcasters such as the BBC and ITV. Since setting up in 2014 they have established work for Sky Sports the National Trust and Oxford University as well as other Oxfordshire companies. 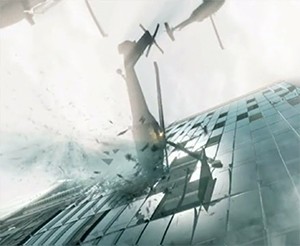 Ken Turner mesmerised our April meeting with his  show reel of 2D 3D generalist animation and composition work showing spaceships, aliens, angels, falling bombs, helicopters crashing into skyscrapers; all without anyone being hurt in the making of the film.

He was talking to a standing-room only audience about his career. Amongst his many accomplishments Ken supervised computer graphics on The Fades and picked up the RTS award for best effects digital along with Alexis Haggar and Dan Marbrook of Lexhag.

An illustrator at heart Ken has spent the last 15 years leading teams in animation and visual effects mainly for drama on the BBC but also for computer games. His most recent success was creating composite scenes for the BBC production Poldark.

Using Fusion 7 from Black Magic Ken demonstrated how he used the product to add a non-existent roof to a Cornish mine. He also removed a number of people from the skyline whilst cast members walk in front of these added and removed parts of the scene. 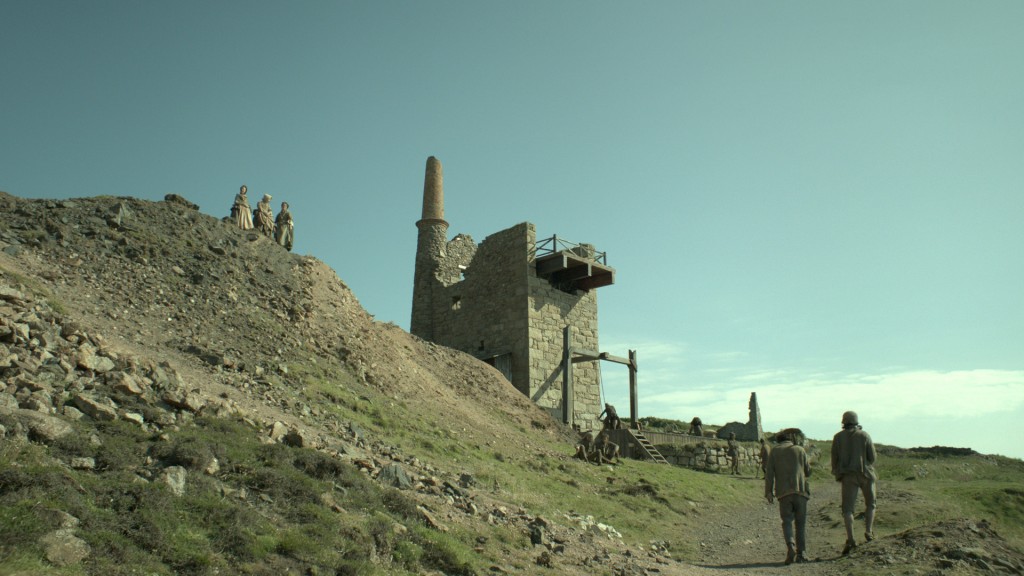 The tin mine before composition 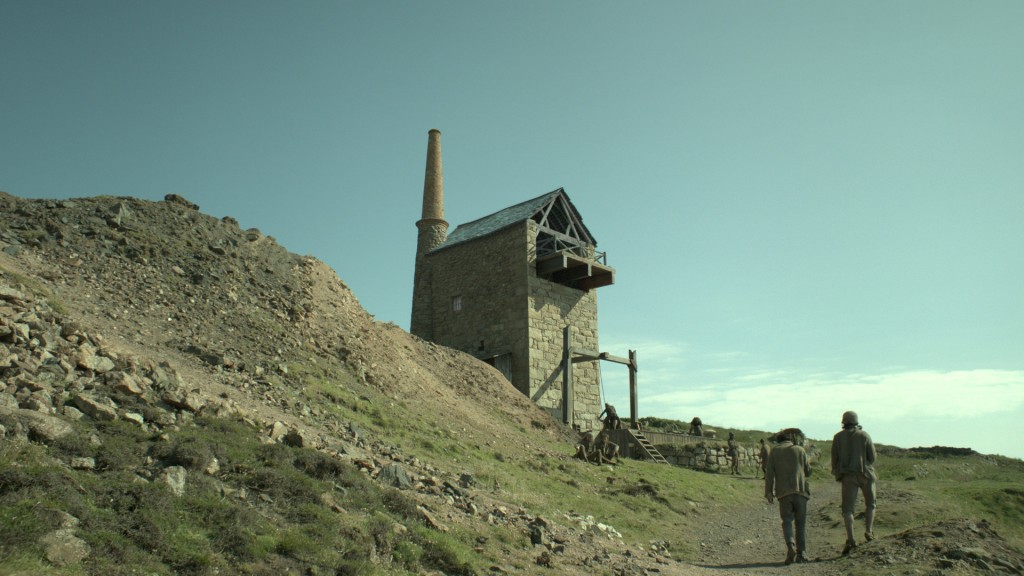 Similarly Ken showed how he had been able to add buildings to a scene along with smoke from chimneys, making ground less green and more industrial, as well as adding a galleon sailing past the coastline, creating what he referred to as a ‘moving collage’.

In addition he displayed a sequence and explained how he used Fusion to create the illusion of a large crowd walking up a long coastal track. The actual scene was shot numerous times as a small group of actors walked up the track. Ken composed the final scene by merging numerous sections of the timeline together to give the illusion of large crowd of people walking up the track.

Ken pointed out that Fusion 7 is available free of charge by simply downloading from the Black Magic site. It runs incredibly quickly allowing for great productivity on the part of the animator. Currently only available for Windows PC a Mac version is being created by Black Magic.

“Most of my work starts with mood boards in Pinterest” said Ken whilst emphasising the critical need for research. “So far I’ve enjoyed a 15 year career in Computer Games and TV. Now with Digital Cinema production the next 15 years promises to be even more exciting.”

Our April meeting is The Fantastic and the Invisible – Ken Turner on VFX, at Film Oxford on Thursday 16th April, 7:30pm .

Ken is an award winning VFX supervisor and Animation Director with almost 20 years experience working in TV and Games. He is sometime CG supervisor at Lexhag in london and runs his own business DesignImage.

He will present a range of work from high budget TV BBC dramas to micro budget sci-fi shorts, using a variety of software.(he uses Photoshop almost every day!)

His talk  is a semi technical presentation with ‘how we did it’ VFX shot breakdowns (including the recent Poldark. and Bafta winning “the Fades” ). He will cover a range of techniques: matte painting, invisible mending, creatures, motion graphics, and more. Plus introduce Blackmagic’s (free) compositing software Fusion.

There will be time for questions including tips for you’re planning a  VFX or animation project. Also from the “The Paradise” 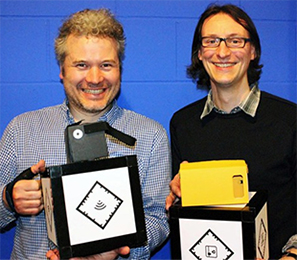 . Eric kicked off with the artistic concept behind the product which was influenced by Avant-garde artists in the early 20th century creating machines to create an artistic audio experience.

Traak uses a specially created app, and a hacked mobile, in an enclosed headset, with high quality headphones, to give a video overlay of reality (as the eyes would see), with superimposed 3d graphical explosions that are triggered by patterns printed on cubes. 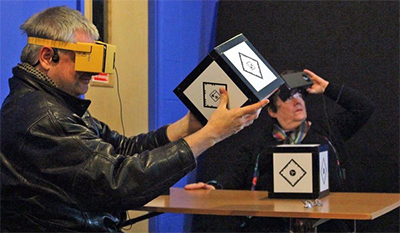